Please contact us to find out about special discounts for group bookings. Booking Hotline: 01267 238213

2010 was rather a special one for us at The Gwili Railway, for it was in 1860, 150 years ago, that the railway from Carmarthen reached Conwil. It was another 4 years before it reached Llanpumsaint in 1864. 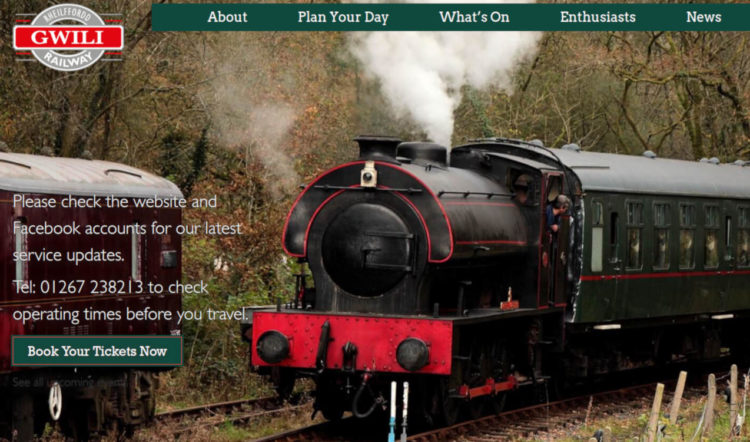 There are many many changes in the area since the railway reached Llanpumsaint and often people forget that the coming of the railway not only changed this area, but it changed the whole world. One of the supporters of the railway system being introduced was the Victorian writer R. S. Surtees, the creator of the sporting grocer, John Jorrocks. He was very enthusiastic about being able to travel distances. He once said that “….you do not have to marry your neighbour’s daughter now that you can travel by train….”. Well at the Gwili Railway we cannot guarantee that you will find a wife or husband on the Gwili Railway!